Hayle is very popular with holiday makers with many facilities and a wide range of leisure activities only a short walk from the beach. Hayle sits on the edge of the beautiful St Ives Bay, surrounding a natural estuary, offering visitors some of the finest beaches in the UK and a host of independent shops. Coastal walks, water sports or shopping.

Behind the main expanse of sand, you will find The Towans, Cornish for sand dunes, which dominate the coastline and provide a great place for families to explore the rich habitat for wildlife that they create.

Each year, the Hayle estuary between Copperhouse and Lelant Saltings provides a feeding ground and stop off point for many types of migratory birds. Hayle’s estuary is the most south westerly reserve managed by the RSPB.

The long beach at Hayle, literally has something for everyone. It is excellent for swimming, surfing and of course sun bathing. There are many swallow pools for the children to play in an during the evening it transform into a truly romantic location for that evening stroll. Hayle was the first town in Cornwall to be awarded “Walkers Are Welcome” status. The award is given to areas where the footpaths and trails around the local area are well maintained and clearly marked and has plenty of countryside around. The Stunning countryside and coastal walks around Hayle estuary are an ideal place for walkers.

Named from the Cornish heyl, 'estuary', Hayle is one of only very few sheltered estuaries on Cornwall's north coast and, as such, has been a port from the very earliest times. However, the harbour entrance has never been easy and dredging has long been needed to counteract the silting up of the river.

Historically, Hayle was an important trading port for locally mined tin. During the Industrial Revolution and the first half of the nineteenth century; the name of Hayle became synonymous with mining -related industries. Copper smelting flourished in the town, along with the growth of The foundries of Copperhouse and, above all, Harvey's and Co.; which created a boom time for the harbour and, effectively, the birth of Hayle as a town.

Harvey and Co., built up a reputation for the design and manufacture of world class stationary beam engines. The Beam engines were designed to pump water out of the deep Cornish tin and copper mines. Today there is not much left to be seen of the great Carnsew foundry of Harvey & Co., but, for a time it was the most important in Cornwall, employing 1000 men and exporting Cornish beam engines and other mining equipment all over the world - to Australia, South Africa and the Americas. The importance of this Industrial Heritage saw the town’s harbour and townscape being granted World Heritage Site status in 2006.

A charming village on the mouth of the Hayle estuary with long stretches of sand and dunes on its Atlantic side - linking with Carbis Bay to which there are lovely walks and a narrow strip of sandy coves accompanying the fast flowing estuary water inland. From Mediaeval times onwards, Lelant was an important port and the remains of its many quays are still visible in places. Lelant's prosperity declined with the silting up of the river mouth. Only a few boats remain, moored on the muddy estuary beach known locally as "Mackerel boats". The estuary itself is an important bird-watching site.

Once the principal market and port for the area. Its 15th Century church at the edge of the dunes mark its history as a religious centre. The West Cornwall Golf Club is also situated on the dunes there.

Lelant and Lelant Saltings are both request stops on the picturesque St Ives Bay line. At Lelant Saltings there is an official Park and Ride car park for visitors to the busy seaside town of St Ives - the Old Station House Serves cream teas to visitors who use the line to travel along the Carbis Bay coast into the heart of St Ives.

The St Michael’s Way trail, a modern version of a traditional pilgrim route was established in 1994. The trail starts at Lelant parish church and takes people along a 12.5 miles (20 km) route across the peninsula - terminating in Marazion on the Counties south coast at St Michael's Mount. The initial section of the St Michael’s Way trail follows the the South West Coast Path along to the western end of Carbis Bay.

A picturesque village on the River Hayle, navigable in the 16th Century up to the ancient bridge where the 14th Century church stands. St Erth has a Medieval lantern-head cross in the village square.

St Erth has two geological nature reserves of national importance. From the 1830s until the early 1950s St Erth was an important local source of china clay and moulding sand. The clay and sand were transported in small skips along a narrow tramway to St Erth railway station, before being shipped all over the country. The famous potter Bernard Leach of St Ives frequently used clay from St Erth in his work.

The individual sand grains from the deposits, were coated with a thin layer of clay, which gave the material a natural moulding property. Sand from the pits were an important material for the local Harvey's and Co Foundry in Hayle . Harvey's used the excellent moulding properties of the sand in the casting process to create finely detailed metal components. The sand was packed into moulding boxes around "wooden patterns". The material was "tamped" to press the clay coated sand grains securely around the pattern- forming a stable block which allowed the Pattern or former to removed without the sand collapsing. Molten metal would then be poured into the mould and left to cool, before the sand was removed to leave a pristine casting.

The disused, St Erth pits have become Cornwall's first geological reserve. Wildlife has returned to the once bare ground of the worked pits and semi-mature woodland now dominates the one hectare site. The reserve has a circular trail of footpaths and is open all year ( with dogs allowed all year round). Visitors to the site will find parking available in St Erth village. Because of their importance to the fossil record, St Erth Pits and the adjacent Vicarage Pit, are designated as a Site of Specific Scientific Interest. The excavated beds providing a unique glimpse of the climate and geography of this part of West Cornwall as it was some back two million years ago during the Pliocene age.

The sand and clay deposits of the St. Erth Beds, exposed by the pit workings are are rich in fossil fauna. The St Erth Beds were formed in a shallow arm of the sea that once separated what is now West Penwith from the rest of Cornwall. During the Pliocene the sea waters in the area were 4m higher than today and similar in temperature ( between 10 and 18°C ) to the waters of the Mediterranean. The workings exposed sand and blue clay deposits that are a scientifically important and diverse source of fossil flora and fauna. The fossil record of the area is dominated by sea snails and 20 species of bivalve molluscs, 35 species of gastropod. The beds have the most diverse collection of small bivalve crustaceans (ostracods) found in the World - with over 350 ostracods species catalogued so far. The deposits also features large numbers of foraminifera ( microscopic single-celled animals with a toughened outer shell) and a wealth of other species including marine sponges, corals, colonial aquatic organisms (bryozoa), jellyfish, worms and small numbers of fish. Remains of the local Pliocene flora are also found in the deposits including fragments of broad-leaved trees and shrubs, coniferous trees, grasses, herbs, mosses, liverworts and heathers.

Holidays in Hayle
Riviere Towans, Lelant and the local area 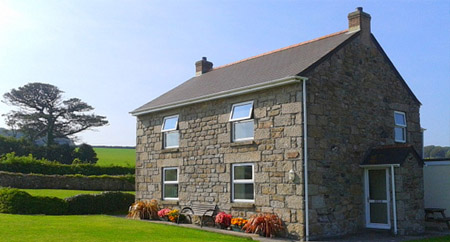 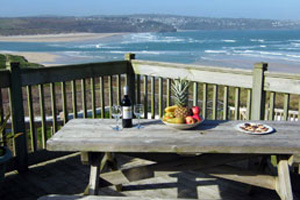 8 truly stunning holiday properties sleeping 2 to 9 people in fantastic locations of St. Ives Bay, Portreath and Riviere Towans, Hayle - ranging from 2 to 5 bedrooms. Spectacular sea and coastal views. All within 250 yards of beautiful sandy beaches and the coastal path.

Pets are Welcome at Golds Cornish Properties in Hayle -We are a Dog friendly establishment. 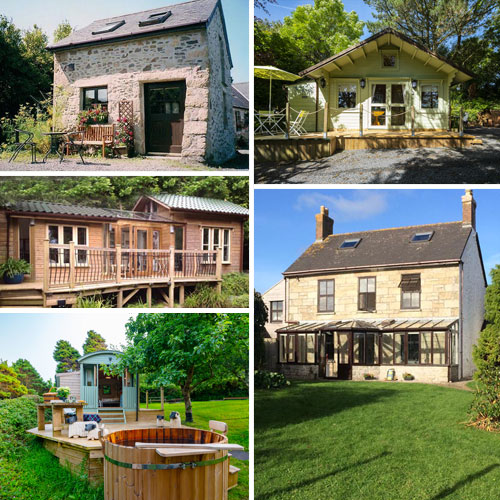 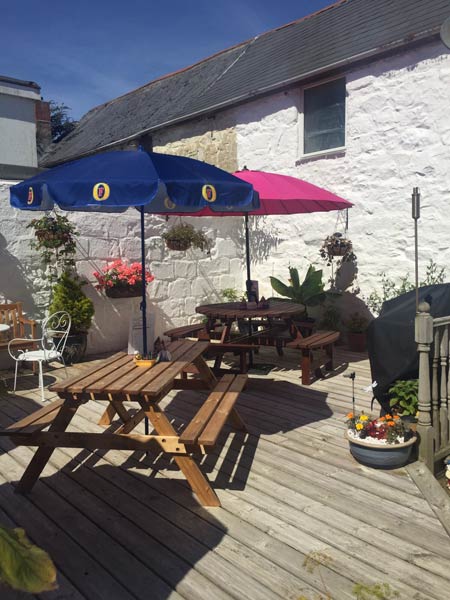 Bed and Breakfast at the Mad Hatter - all our rooms have beautiful views overlooking the Hayle Estuary Wildlife Reserve. Ideal location for the avid birdwatchers and ramblers. Close by to Hayle beach - 3 miles of golden sands. ROOMS: One Double/Twin En-Suite Room, | Family Room, Two Double Rooms and One Twin RoomThe Madhatter is a great stop-off point for catching the Scillonian ferry from penzance to the Isles of Scilly.

Pets are Welcome at Mad Hatter Bed and Breakfast & Tea Rooms in Hayle -We are a Dog friendly establishment. 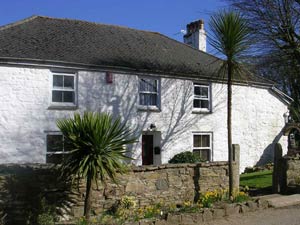 B&B stays in the small hamlet of Wheal Alfred, one mile outside the town of Hayle, which is renowned for its three miles of Golden Sands that are minutes away via car. Wilcuma Cottage is ideally located for exploring southwest Cornwall. - with 2 double bedrooms both en-suite, Twin room with en-suite shower 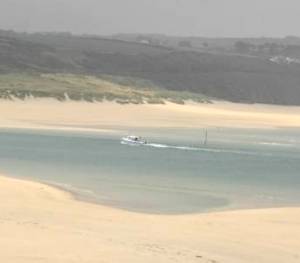 Manhattan is a detached privately owned chalet fully equipped to a high standard throughout sleeping 6 people in 3 double bedrooms. Wonderful views. Only a 5 minute walk from the beach.

Click Here for more information about holidays at
Manhattan,  Hayle 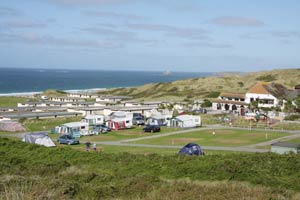 Holidays in Hayle with the benefit of an onsite swimming pool - to help you enjoy your Holiday in Cornwall. A fantastic family holiday park right beside the beach in St Ives Bay, Cornwall. We have holiday Chalets, Bungalows, Lodges, Touring and Camping Pitches. 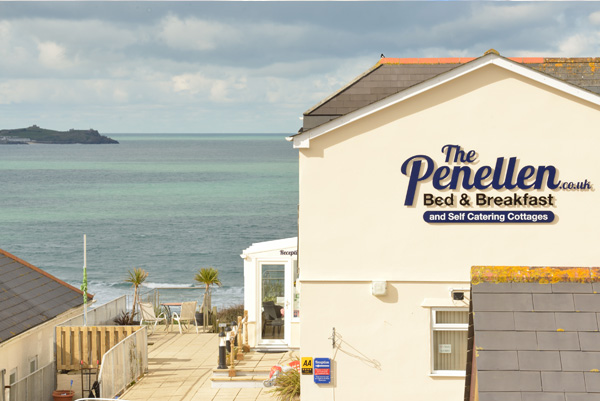 A magnificent bed and breakfast with 5 guest bedrooms in possibility the best position in the St Ives Bay area. All bedrooms are en-suite and all have excellent sea views overlooking St. Ives Bay towards St Ives. We are just 100 yards from the beach and 10 yards from the coastal path. Book Online - Pets Welcome - Free Parking - FREE Wi-Fi - Beautiful Sea Views. 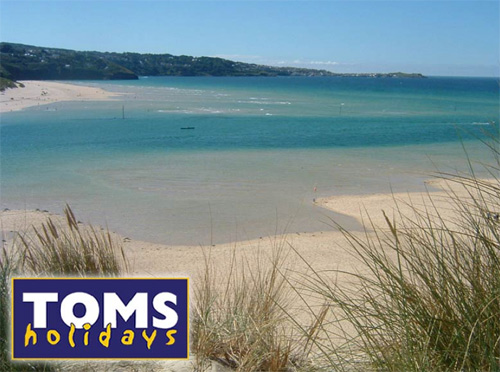 Self-catering holidays Riviere Towans - Hayle overlooking St Ives Bay - Toms Holidays is the only place to go for your Cornish holiday. Whatever your self catering requirements Toms Holidays can accommodate you.


Pets are Welcome at Toms Holidays in Hayle -We are a Dog friendly establishment. 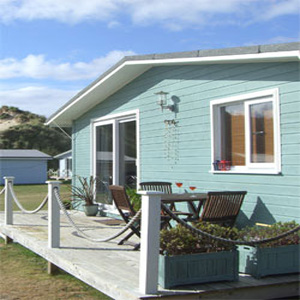 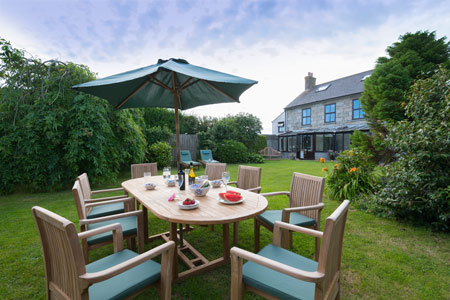 Pets are Welcome at St Michaels Farmhouse in Ludgvan nr Marazion, Mounts Bay -We are a Dog friendly establishment.